1. He is Emotionally Intelligent

According to Daniel Goleman, an American psychologist who helped to popularize emotional intelligence, there are five key elements:

Low-quality men look for immediate gratification and have no patience and regard for tomorrow, they focus on the immediate and only have aspirations for today.

High achieving men do the exact opposite of low-quality men by deferring immediate gratification for the longer-term goal and strategy set for success tomorrow. They plan ahead.

When a man knows what he wants and likes, then it only takes a minimum amount of drive to develop a purpose.

When a man has a view of his wants and needs and knows what he likes or dislikes then developing a purpose for his life becomes more clear and attainable.

Simon Sinek describes a purpose as “Knowing Your Why”

Knowing your why is akin to having a reason for aiming your bow toward a particular target knowing that you may miss.  While in many cases the purpose-driven man is expecting to miss still realizing that a miss allows for immediate adjustment to get even closer to the target on the next shot.

Having a purpose tends to distinguish men that focus on sitting around and playing video games all day from men who are setting goals and making strides for a better future.

3. He Faces His Fears

Bravery is not defined by a lack of fear. Bravery is precisely what happens when we embrace our fears and push forward despite them (Forbes).

THE PROCESS OF FACING FEARS IS CALLED EXPOSURE. EXPOSURE INVOLVES GRADUALLY AND REPEATEDLY GOING INTO FEARED SITUATIONS UNTIL YOU FEEL LESS ANXIOUS (ANXIETYCANADA.COM).

Here we can assert that those who are unable to face their fears will avoid things in life that will allow them to progress and grow. This growth is necessary for confidence, self-esteem as well as preparation for the continuous change required to take care of a support a wife, provide for children, and other traits required to endure the constant change brought on within society.

Failure is a feeling long before it becomes an actual result. It’s a vulnerability that breeds self-doubt and then is escalated by fear. – Michelle Obama, Becoming.

“Success is not final; failure is not fatal: It is the courage to continue that counts.” —Winston Churchill.

High-Value Men always play to win while many others just play to not lose. Although these two traits may sound like they both achieve the same result, while in fact, they do not.

Ex. I want to go outside vs. I don’t want to stay in the house

6. He Has High Self Esteem

Many people think self-esteem and confidence are the same and they are not. Confidence is defined as a feeling of a person’s powers or abilities to succeed in a task. Self Esteem is confidence in “Yourself”.

This confidence in yourself or “Self-Esteem” comes from our beliefs about ourselves which are formed through continuous experiences whether good or bad.

The primary difference between the two is confidence may go up and down depending on the circumstance or task, while self-esteem remains intact regardless of the task, circumstances, or ups and downs of life.

It is important for a man to use his internal thoughts rather than external forces to develop his ego and self-esteem. It is necessary for this to be built internally as without those external forces then one’s self-esteem or self-worth will be gone.

These traits allow this man to have courage under fire and be a rock during problems and not crack at the simplest hint of adversity.

7. He Has An Internal Locus of Control

Locus of control is defined as an individual’s belief regarding the reasons for one’s successes and failures in life. There are two types of locus of control.

External – Someone or something else is the blame for your successes and failures in your life.

Having an external locus of control is akin to having a “Victim” mentality. WebMD states, “Victims don’t think anything is their fault, they have little or no sense of responsibility for their life. Life just happens to them.”

This mindset is the mindset attributed to a failure in many and most aspects of life.

Webster defines assertive as: characterized by bold or confident statements and behavior (actions)

Oxford defines assertive as having or showing a confident and forceful personality. ex. “patients should be more assertive with their doctors”

Many people think that being assertive is akin to one being aggressive and it is not. Let’s take a look at the word aggressive.

Oxford defines aggressive as: ready or likely to attack or confront

Assertive in contrast consider the thoughts and feelings of the opposing person while aggression focuses only on the wants of the antagonist.

In the book “Boundaries for Leaders” by Dr. Henry Cloud, this is described as being “Hard on the issue but soft on the person”.

9. He is a Good Leader and a Great Follower

Inc Magazine states “To be a good leader you first have to be a good follower.”

This is because in business and in life there are many more followers than leaders and not everyone can be in charge at the same time.

While the leader is in follower mode he is allowed to master skills that will allow him to become a great leader when asked or required to do so.

To be a great follower and therefore become a good leader one has to have ego management which allows them to keep the “I” and “Me” in check.

10. He has solid values and does not compromise on them

Values are the things that you believe are important in your life and the way you live.

These values determine what is most important to you which becomes a strong predictor of how your decisions will be made and what choices you will make. This is important because this determines whether a man will cheat in a game of poker or steal when he does not have money.

Peer pressure is the influence wielded by people within the same social group. It is also the term used to describe the effect this influence has on a person to conform in order to be accepted by the group (VeryWellFamily.com).

When a man does not have strong values he may compromise a weak value for someone else’s values.

When a man has strong values, any outside pressure will not sway him from compromising those values in any way. His decisions will not sway based on other people’s opinions and negative persuasion.

11. He Accepts Growth as A Way of Life

Les Brown states, “If you read one book a month in a specific area, in 5 years you will be among the top 5% of people in the world in that area.” Here Les Brown emphasizes that growth in reading a single book a month can make you one of the foremost world experts.

High-Value Men know and understand this. They are consciously seeking growth and learning in all areas of life. They may not be trying to succeed at being one of the foremost experts in a field but they are definitely learning and growing to better themselves in life.

High-Value Men believe that failure is an opportunity to learn and therefore grow. They understand that failing does not define them but failing to grow does. A man like this will never be in the same position as you have seen him 5 years ago.

12. He has Strong Boundaries and Takes Ownership and Responsibility

Good leaders do not place blame on others and will sometimes accept blame for others’ shortcomings of whom he is responsible.

A good example of this not being done is Adam and Eve. Eve brought the forbidden fruit to Adam and Adam chose upon his own will to eat it even though he was specifically told not to. When Adam was asked why did he do what he was told not to do, of all things he first blamed the woman while also adding God as being partially responsible ”

Did Adam just blame God and Eve? Uhhh… Yeah… No. Real men take ownership and responsibility and accept their rights and wrongs. Look for this in the next man you meet. 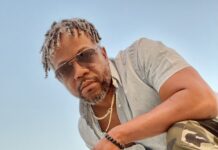 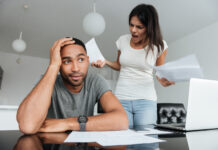